I’ve Drunk Your Poisoned Nectar: Writing with the Goddess 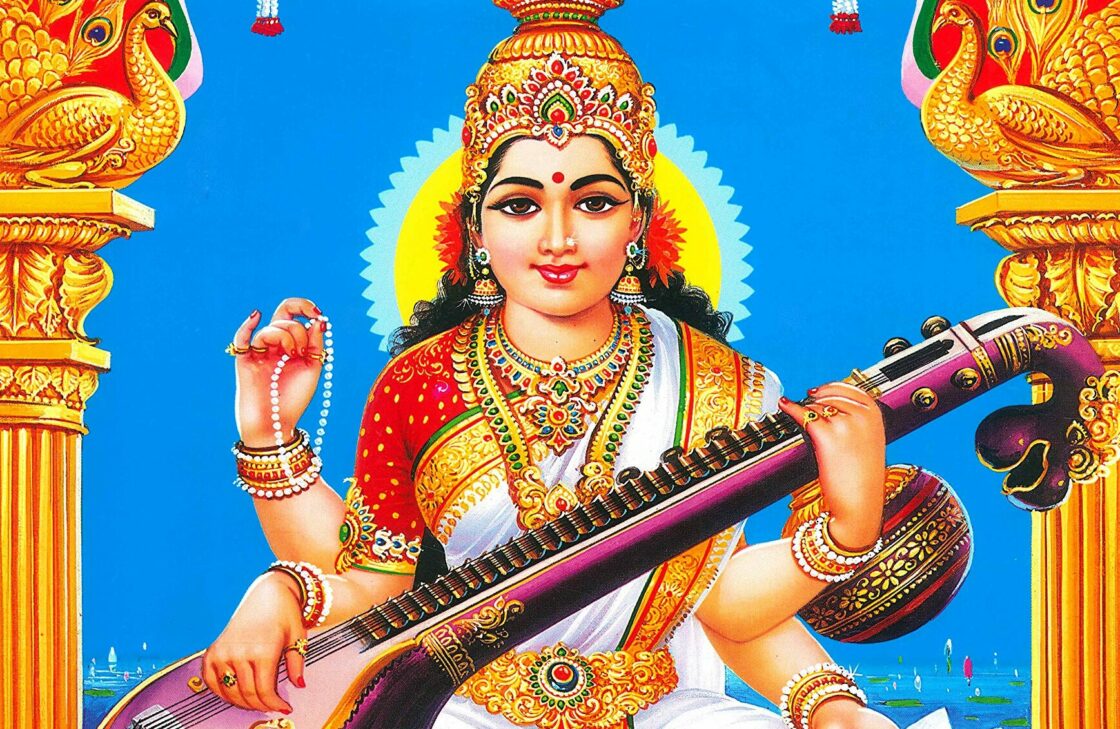 I’ve Drunk Your Poisoned Nectar: Writing with the Goddess
Notify me when this course is scheduled

Hinduism’s Goddess tradition is arguably the most ancient among those of world religions, dating back many millennia. More powerful than her male counterparts Shiva or Vishnu, the Goddess in Hindu mythology embodies the energy that animates all of creation. Whether known as Shakti, Durga, Kali, Uma, or by her thousands of other names, she encompasses within herself all aspects of the godhead—creation, preservation, and destruction. She slays demons amid oceans of gore, enacts cosmic transformations, and dispenses unending compassion for her devotees. She is the divine feminine, yet transcends gender, matter, and time entirely.

In this part-generative, part-analytical class, we’ll take a deep dive into the Goddess’s rich mythology and philosophy, deepening our understanding of the Goddess’s many aspects. Along the way, we’ll do deep reads of varied selections from the millennia of writings she has inspired—including scripture, poetry, treatises, and more. And we’ll use this rich inspiration to write our own Shakti-animated pieces.

This course is for writers in any genre, of any experience level, and of any (or no) particular spiritual or faith background. Writers will leave with a Goddess-inspired writing toolkit, including resources for doing deeper dives into this inspiring mythology, many new writing starts, and a new community with which to continue their exploration.

This course is about:

This class includes a two-hour weekly Zoom component. During that time, we’ll review, analyze, and discuss key selections from Goddess-related texts while building a supportive community together. We’ll also engage with and freewrite in response to unique writing prompts related to materials covered that week. At least three such prompts will be provided each week, and students are encouraged to write in response to at least two of them.

Mahadevi: Intro to Hinduism; intro to various Goddess aspects; history of the Goddess

Aditi and Durga: The Vedic Goddesses and the Devimahatmya, part 1

The Matrikas: The Devimahatmya, part 2

Sati and Parvati: The Goddess in Shaivite perception

Lakshmi and Saraswati: The Goddess in Vaishnavite perception

Draupadi and Sita: The Goddess in the epics

Kali and the Mahavidyas: Tantric Goddesses

I’ve Drunk Your Poisoned Nectar: Writing with the Goddess
Notify me when this course is scheduled
Questions about the course content? Contact instructor directly.
Learn more about how our courses work here, and contact us with any other questions.
Course categories: Creative Nonfiction, Fiction, Lifestyle and Wellness, Memoir, Novel, Personal Essay, Poetry, Short Story
Course type: Text and Live Video

I was drawn to the class by the title but then I discovered it was so much more than that. Shankar introduced Hindu stories and myths in a way that was accessible and fascinating. As writers, we could use the material to jumpstart our stories using a new kind of energy and with new characters. Shankar is thoughtful, organized, and able to break down complex information into bite sized pieces. Each class is well-crafted and includes a combination of funny, interesting, and symbolic content. We listen, watch, read, and write in each session. I also appreciated the community agreements that were shared at the beginning of each class and inspired a sensitive and safe space for everyone. I would take any class that this instructor teaches! Anonymous
Shankar’s classes hold warm, supportive space no matter where you are in the creative process, and offer plenty of encouragement and ideas for trying new things with your writing. I’ve been taking classes with Shankar for the past couple of years, and his kindness, sense of humour, and passion for words keeps me coming back for more. I hope to be writing with you again soon. Anonymous

Shankar Narayan explores identity, power, mythology, and technology in a world where the body is flung across borders yet possesses unrivaled power to transcend them. Shankar is a five-time Pushcart Prize nominee and the winner of prizes and fellowships from Kundiman, Hugo House, Jack Straw, Flyway, and River Heron. He is a 4Culture grant recipient for Claiming Space, a project to lift the voices of writers of color, and his chapbook, Postcards From the New World, won the Paper Nautilus Debut Series chapbook prize. Shankar draws strength from his global upbringing and from his work at the intersection of civil rights and technology. In Seattle, he awakens to the wonders of Cascadia every day, but his heart yearns east to his other hometown, Delhi. Connect with him at shankarnarayan.net.

Techwashed!: Writing with AI, Data, and Surveillance
I’ve Drunk Your Poisoned Nectar: Writing with the Goddess
You Yourself Are the Beloved: Writing with South Asian Ghazals
Your Class List
MENU