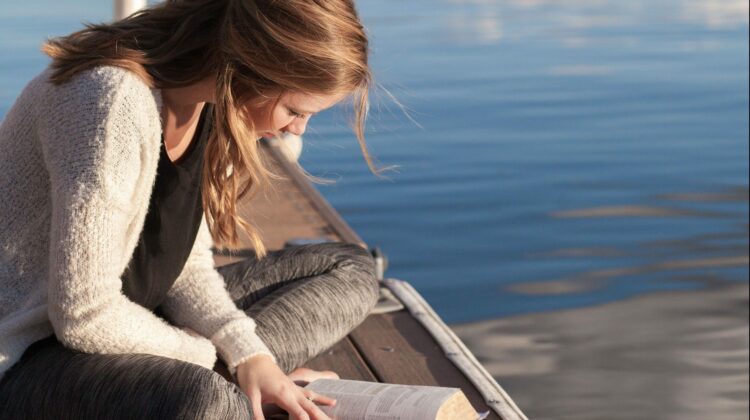 If I were to ask you, “Do you know what a story is?” you would probably feel a little put out. After all, you’ve probably been writing stories for a long time, in fact, you might even make your living from writing stories. Honestly, he’s asking me that? The cheek!

“Story” is a common term d’art in the world of creative writing—everyone knows what a story is, right? You would think so, but, alas, this is not the case. So don’t be offended by my question, because what we’re about to discuss is something that is not taught in writing classes, MFA programs, or written about in most writing-craft, how-to books. Knowing how to tell that you have a story, and that it can survive the long story development process from beginning to end, is not some random bit of knowledge you pick up off the grass. It is skill that can be learned, like riding a bike. And once learned, it can lift your storytelling craft to a level of mastery that will save you time, money, and months of frustration writing yourself into literary corners and blind alleys.

To appreciate the power of what I am about to describe, we must first begin with two obvious questions: what do I mean when I use the term “a story,” and if something is not a story, then what is that “something else”?

When I ask groups of writers (novelists or screenwriters) to define this most basic storytelling idea, “what is a story,” I get as many definitions as there are people in the room. The responses are always generic and canned:

All of these (and there are many others) have some ring of truth to them, and for the most part suffice when it comes to answering the question “what is a story.” But, none of these definitions define the thing itself in a way that has meaning and significance for storytellers. So, here is a working definition of a story that captures the essence of the thing: A story is the combination and interplay of character and plot that is a metaphor for a human experience leading to emotional change.

Essentially, what this is saying is that if you are writing something that involves an individual carrying out actions on the page that combine to create a personal experience of emotional change, and that experience conveys some insight into the human condition, then you have a story. Given this definition, it then follows that a story possesses five identifiable components:

The Five Components of a Story:

This list of bullets is not arbitrary, or pulled out of some hat, like a rabbit by a magician. No, these components derive from story structure itself, that’s why they are real and possess the full force of drama (or comedy). Every story has a structure. If it doesn’t, then it’s not a story, it’s something else. If you have these five components clearly identified in your writing, then you can have confidence you have a story, and not that “something else.” You can be confident that there is an underlying foundation supporting your writing that will emerge as you write, and that will support your entire writing process. It is beyond the scope of this article to deal with the topic of story structure and its critical role in the story development process (see my book Anatomy of a Premise Line: How to Master Premise and Story Development for Writing Success, Focal Press), but knowing how to identify a story—before you start writing—is invaluable to novelists struggling with any new story idea, or an old idea that is “going nowhere.” This is the craft skill I alluded to earlier. This is that bit of story wisdom that for some comes automatically, elegantly, without thought—as talent—but that for the rest of us comes as learned craft. Regardless of how it comes, as a gift from the gods, or as hard-earned mastery, this knowledge can make all the difference between getting lost in the story woods, and writing reams of meandering pages, versus staying focused, directed, and intentional in your writing.

What do you do, however, when you write a story only to discover that those five story components are weak, or missing? You love your idea, but don’t want to abandon it. This is the other side of this story vs. no-story coin. Remember, all stories have a structure. If they don’t, then they’re not stories, they’re something else—that “something else” is a called a situation.

This is, in fact, what most genre writers (horror, police procedural, detective, mystery, romance, etc.) are creating when they think they are writing stories. Situations are parts of stories, they are not stories themselves. But they can still be compelling, fun, entertaining, and wonderfully engaging. How can you tell if you have a situation? Like stories, situations have five identifiable components.

The 5 Components of a Situation:

A situation is all about the puzzle, mystery, or problem to be solved. Look at any police procedural TV show, or mystery novel (Agatha Christie, Sherlock Homes, etc.), or most monster movies, they are all about one question: how quickly and cleverly the protagonist can get out of the pickle they are in and solve the problem. Let’s take a classic (and my favorite) set-up: the twenty-something kids caught in a cabin in the woods with the monster/slasher/alien outside trying to get in to eat/slash/probe them. The only questions are: how many kids are going to be eaten/killed/probed, how bloody is it going to get, and who will survive? That’s it. Nobody is going to have a big revelatory moment where they realize they have to change their life to be a better person. There will be no moments where we get profound insights into the inner workings of the protagonist (assuming there is a main character). And any twists or plot complications will be all about ratcheting up the tension of the problem/puzzle, not pushing characters to some behavioral edge where we see who they really are as people. The only change in the emotional space will be one of moving from happy-go-lucky (opening), to terror-filled (middle), to relief at surviving (end). In other words, the hero or heroine will end the adventure in the same emotional place inside themselves as they started.

The most important differentiator of all is that there is no, or a very weak, moral component to the situation. Moral component is a complex topic, again outside the scope of this article, but what it means is that the protagonist is driven from the inside by some basic belief about him-herself, which is essential wrong, but that is coloring all their actions outside themselves in the story world. They are acting badly, because of this characterological blind spot, and this is what they heal and change in the end. Every story has this; every situation does not. This one element alone is enough to help you quickly identify a situation from a story. Does your protagonist have a flaw that is screwing up their lives, that they would have anyway, regardless of the threat of being eaten/killed/probed?

There is, however, one gray-area worth mentioning. This is what I call the “basically good person caught in the no-win scenario” scenario. In the film world, some good examples of this are: Gravity (2013, Warner Bros.), The Martian (2015, Twentieth Century Fox), Taken (2008, EuropaCorp.), Godzilla (2014, Warner Bros.)—there are many others. These are all situations masquerading as stories, but they fall into this gray area; a little bit story, a little bit situation. The differentiator that pushes them over the story line into a situation is that the heroes and heroines in all these “stories” are all focused on surviving the problem/disaster/predicament they are facing, not working out some deep-seeded flaw that is mucking up everyone’s lives around them. They are basically good people, thrust by circumstance (not of their own making) into fighting a losing battle, even though they may win in the end. And this is what saves the story day; we root for them because they are getting crushed and find the will to live or make some horrible choice that saves others. They don’t really change, they’ve always been good, and they end the story the same way, just beat up and a bit worse for the wear—but alive. And all of these movies were huge at the box office; great successes financially and with audiences. The fact is, movie/TV audiences love situations, and readers love them in fiction. The caveat here is that to be successful on the screen, or in print, situations must overcome their story weaknesses, and this means doing three things: be fun, be entertaining, and be engaging. They may not have anything to say about the human condition, and the protagonist may just be a leaf on the wind of fate, motivated only by a will to live and not by some twisted moral flaw they have to overcome in the end, but that’s alright as long as the audience has fun, is engaged, and is entertained. Stories have to do these three things as well, but stories have the advantage of having a compelling human story driving the drama or comedy, on top of being fun, entertaining, and engaging.

But, if you have a situation and you don’t want to let it go, then your responsibility as a writer is to make it the best situation you can make it (from a reader-engagement perspective). Stories are not better than situations, they are simply more complex. So, write stories that will bring readers to tears, or bust their guts laughing, and teach them what it means to be human along the way; or write a situation that will make them bite off their nails, and scream out loud in excitement, unwilling to stop reading for fear of missing what’s next. Whichever you choose, do it consciously, be a conscious writer. Learn your craft to know a story from a situation, because when you do, whatever you write will be stronger, and audiences will come back for more.