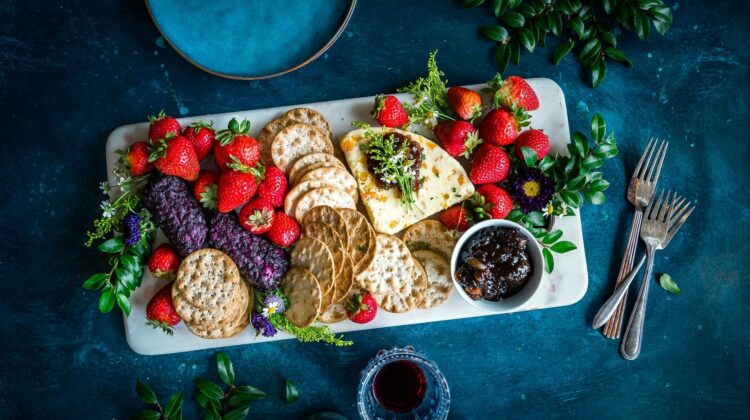 In this interview, Writers.com instructor and professional food writer Jennifer Billock shares her most important advice for anyone interested in food writing.

The first thing is that you’d have to be willing to eat a lot of different things, and sometimes not super-pleasant things. For example, I was just in Vietnam and Cambodia, and I ate tarantulas. They’re street food there. They’re surprisingly good, which was nice—they taste like teriyaki. You have to take the butt end off with the stinger, because that part is supposedly very bitter. It’s fried and all hollow inside. I was concerned it was going to burst out, but it’s hollow and crispy, like when you get teriyaki chicken and there are leftover bits of burnt teriyaki in the pan: it tastes like those. So it’s pretty good. I’ve eaten a lot of bugs in my lifetime.

2. Look for Lyrical and Multi-Sensory Ways of Writing About Food

When you’re writing, try to be creative with what you’re saying. Instead of saying something “tastes good” or “has a robust flavor,” try to say it in a different way. I like to tell my students not to use the words “taste” or “flavor” and explain it some way that’s more lyrical.

The goal is to make your writing interesting to read, and also to impart to the reader what their experience will be like. If you can really engage all your senses—smell, sight, touch, sound, mouth feel as well as taste—and try to make comparisons in your mind about what you’re eating, you can turn that into something that will give the reader a better idea of what they’re going to eat.

The best piece of food writing advice I’ve gotten is to engage all your senses—not solely with the food, but also with the atmosphere of where you are. If you’re at an event, note what all is going out of the room. At a food event I covered, I was there just to have the food, but because I was engaged with my surroundings, I noticed a woman completely smash a table of glasses on accident during a mojito demonstration. That’s something that you should probably include in your writing.

One of my favorites is food memoir, which is pulling out a special moment about food in your life and crafting a personal story about food around it, which always ends up being really touching. One of my students once wrote about eating tomatoes on cereal as a foreign exchange student. It was a really interesting story about two different cultures coming together, and brought out the point that food is universal, whether it’s the type of cuisine that you enjoy or that other people enjoy. It’s one of my all-time pieces of food writing.

4. Develop Your Analytical Ability—Without Getting Jaded

I also remember when I first started out having to do an article on “the twelve best burgers” in some city. By the third burger that day, I was just so annoyed that I was still eating burgers. But that was one of the first food articles I wrote, and the more experience you get with it, the more you’re able to separate your emotions from what the food experience is. The more you eat and write about it, the more you learn what certain things should taste like and how they should be prepared, so you can start looking at it from an analytical viewpoint instead of only emotionally.

However, you shouldn’t get jaded and less able to fully experience food. You have to watch that. One way to get around it is that if you find you’re not enjoying food anymore, or you’re not having as good a culinary experience, then try writing about food in a different way for a while. Give yourself a self-imposed break, and start writing chef profiles or pieces on unique food producers instead of going out to restaurants and eating and saying “Okay, I’ve eaten another meal.”

5. Chart Your Own Path

If you want to get started, there are a couple of different routes you can take. You could go the blogging route, start your own thing, and work on it as much as you can until it’s got a good readership, lots of views, advertising, and things like that, and then branch out from there. Or you could try and get an internship with a food publication, which could be difficult if you don’t already have writing experience or aren’t in school for writing.

My undergraduate degree is in journalism, and I always wanted to write about food because I love to eat. I’d emailed a few local food publications in Chicago, where I was going to school, and asked if they needed writers, and one of them came back and said yes. I started writing event coverage and restaurant reviews there. After that, I went to grad school, also in Chicago, and got an internship with a food and tourism magazine there, so I was able to write more food articles that way.

Realistically, the best way to start is just to start writing. Go out with your friends, have a dinner, come home, write about it in a journal or something, and see what comes up. There’s writing a ton of stuff to hone your craft, and then pounding the pavement digitally to find editors’ names and emailing them to pitch them stories. My advice for everyone who wants to write as a career is to just go for it. If that’s your passion, then do it—and don’t go into it with a mindset that you’re going to be struggling forever and you’re never going to make any money, because the instant you do that you’re giving yourself an out. Have faith in yourself and go for it.

Food reviewers and food writers come from various backgrounds. Some of them have gone to culinary school, some of them are trained journalists, and some of them have just written and eaten so much that they’re able to speak about it in an interesting way. You don’t need to be an established journalist to start writing. You don’t need a ton of clips or credits to your name. You just need to have the drive to do it, and the ability to convince an editor to let you write about it—charisma, maybe. If you can craft a good piece about food, and you can prove that, even in your query to an editor, then you’ll get work.

Read Jennifer’s piece, “The Dark Side of the Spoon: What Astronauts Eat in Space,” which she mentioned as a favorite piece of food writing she’s written.