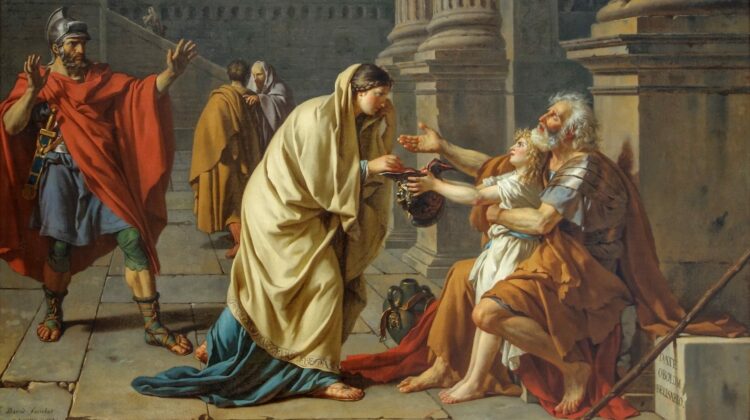 Desire—what a character wants or needs—forms the backbone of any fictional plot and the basis of conflict. Often, when writers have problems generating a story, it’s because they’re not thinking in terms of a central, concrete desire, that which motivates the main character and moves them to action. They haven’t articulated for themselves what their main character wants (and what their “antagonist” wants), they shift their main character’s wants from scene to scene, or they shift the basic protagonist/antagonist interaction in the story. All these things lessen narrative unity in both short stories and novels.

In fact, we can look at a definition of a story as basically a narrative involving a conflict between two poles (A vs. B). The conflict develops through a series of actions in which A and B get together again and again and again (three is a good number to start with and has roots in oral history and folktales, but there can be more). With each revisitation, we are drawn closer to the climax, the point where something changes.

Story Writing Exercise: Writing from What Your Character Wants

How to write a story in five easy steps:

Keeping in mind characters’ specific, concrete WANTS (might be helpful to brainstorm what each character below might want or need beforehand) in each scene, I would like you to take as your characters one of the following sets of people:

The idea behind this exercise is also to KEEP THE STORY MOVING FORWARD. Many writers get mired down in unnecessary backfill and flashback. Don’t. At least not yet.

Use summary, not scene. First, give us the basic conflict in the first or second line. (Example: My wife left me but now she is back. Or: The plan decides to fall apart the second Greg spots me sneaking out of his office.) Give us the backdrop (the “everything that’s happened between these two people up to now”) in one paragraph. Include a brief setting, introduce the characters, and the main conflict. Try to get a statement of desire or need in there, too. (Example: I wanted to let go of things, find someone new, and move on. Or: I needed to get his file on me before he sent it to Human Resources, etc. Play around.)

Move into characters and dialogue. Intersperse action, movement, description. Begin the section with “One day…” Have the first line of dialogue include the word “worry.” Have the characters address the main conflict you set up. (Write for five minutes.)

Line Break. Start “The next day…” Show another interaction between the same characters; have them revisit the conflict but deepen the audience’s understanding of it. (Write for five minutes.)

Line Break. Begin, “The next morning…” Revisit the conflict, but this time have your protagonist alone…make it an internal passage that reveals thematic significance. In other words, have the protagonist have a sense of what the relationship with “B” is about. Include the word “love” or “blood”. (Write for five minutes.)

Line Break. Begin, “A week later…” Have your two characters revisit their conflict one last time. Have something happen to resolve the conflict and leave your main character with a new understanding of themselves, the situation, and the initial conflict, in general. Wrap up.

How did your story come out? What have you learned that you can apply in your writing?