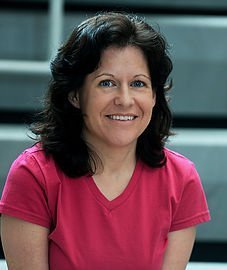 Kelly’s YA poetry novel, Shark Girl, was chosen for Oprah’s Book Club for Kids, and was nominated by the American Library Association for Best Book for Young Adults. It won the Iowa Teen Choice Award, and was nominated for the Truman Award, The Schneider Family Book Award, and the Rebecca Caudill Award.

Shark Girl was also nominated for the Golden Sower Award, the Black-Eyed Susan Award, the South Dakota Teen Book Award, and the Florida Book Award. Shark Girl was chosen by School Library Journal as a “quick pick for reluctant readers.”

Formerly Shark Girl, the sequel to Shark Girl, was published in 2013, after years of requests by readers for more of Jane’s story. It earned a starred review in Kirkus and was chosen for Bank Street’s Best Book for Children.

Both of Kelly’s “Moose” picture books have been featured in the New York Times. Z Is For Moose received six starred reviews, was the winner of the Delaware Blue Hen Award, an ALA Notable Book, a Booklist Editor’s Choice for Best Books, winner of a special award from The Horn Book, a Best Book by Shelf Awareness, and winner of the Oppenheim Award. Circle, Square, Moose was named a Best Book by Kirkus, a Bank Street Best Book of the Year, and was nominated for the UKLA Award in Australia.

Kelly holds a master’s degree in writing for children from Vermont College of Fine Arts. Before becoming an author, she spent twelve years as a storyboard artist in the story department at Walt Disney Feature Animation, working on films that include Hercules, Atlantis, The Emperor’s New Groove, Gnomeo and Juliet, and Tarzan.  She lives in Georgia.

Kelly was terrific as a teacher. Available, open, honest and also caring with her comments and feedback. Kelly was extremely helpful and willing and open to discuss her comments and lessons as well as the books on the reading list. The lessons were presented on time and her feedback by email and in the forums was terrific and timely. The course material was well-organized with many wonderful examples provided for each lesson. And a great reading list. Suzanne Purvis

Kelly is an excellent teacher. Her lectures were fabulous, and her approach was both professional and generous. I felt encouraged and challenged every week, and I have a much better understanding of this genre because of her guidance. Barbara Santucci

Kelly is so obviously an expert in her area. I loved her personable and positive approach to critique and feedback. This is a rigorous writing class. However, that’s what I wanted. I really feel that I gained a lot of insight and skill during this time. I already have recommended these classes to friends. : ) Heather Woodward

Even if you’ve never written poetry before, you can begin the rewarding process of crafting a poetry novel for Young Adults. Is there a market for novels written in verse? Are they well received? Yes, there is, and yes, they are!

During this six week program, you will work closely one-on-one with Kelly to finalize, refine, and polish your picture book into a manuscript ready to submit for publication or representation.