Jacquelyn Stolos is a writer living and teaching in Los Angeles. She holds an MFA in fiction from New York University where she was a Writers in the Public Schools Fellow. Jacquelyn has won fellowships to attend the New York State Summer Writers Institute, the Community of Writers, and the Bread Loaf Writers Conference. Her short fiction has appeared or is forthcoming in The Atticus Review, Conte Online, Bodega Magazine, No Tokens and more. Edendale, her first novel, was named a literary finalist in the 2020 Forward INDIES Book of the Year Awards. 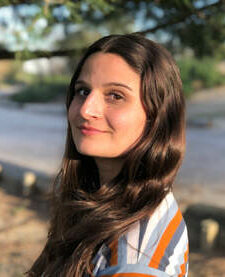 (Live Workshop) Writing from a Strong Sense of Place: A Generative Workshop
Your Class List
MENU